How can I use this metal band name generator?

It doesn’t matter if you are a member of a death metal, trash metal, black metal, hardcore, oldschool, or even a folk metal band. This generator is made for all metal bands or fans. Especially for those still looking for a name. We’re big metal music fans ourselves, and we love coding and randomness. So we know how to generate an awesome random metal band name. All you have to do is press the next button until you find yourself the name your metal band is looking for. Have fun!

What are your favourite metal bands?

We love music, and especially metal & rock. Here’s a list with our favourites:

The voice of Joe Duplantier is one of the best I ever heard in this genre. It’s not wannabe tough guy grunting or annoyingly screaming, it’s awesomeness going straight through your head

The masters of counting. Their polyrythmic grooves are sick, and perfectly excecuted. No bullshit clean Backstreet Boys vocals, but fckn brutal metal vocals for real men. (and some women)

Well at least the “River Runs Red” album. We can’t stop moving when one of it’s tracks is playing. You got to love the tempo changes and the unique voice of Keith Caputo (now known as Mina Caputo). This album is a fists in the air type of album. “Calling from the Underground!”

Every Tool album is a piece of art. Not only the genius music, but also the albumcovers are fenominal. Their latest album “Fear Inoculum” even has a small videoscreen inside.

It’s Ice-mothafucking-T bitch! This guy succeeded in both the rap scene as the metal scene. Body Count’s lyrics are often based on racism and violence towards black people. Statements which are unfortunately still needed to be made. Ice-T, keep punching those racists in the face with your music! Peace!

Are we free to use any band name generated by this site?

Of course you are! But although the names are completely random generated, there is a chance you will generate a metal band name which is already claimed. So please Google your new band name first.
Let us know what you think, or share your (Facebook)page with your new metal band name! Leave a message in the comment section below! 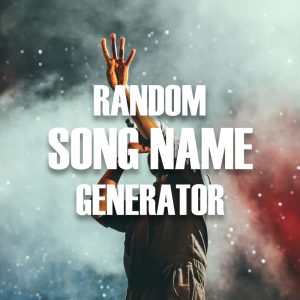